The Sigma FP is the world’s smallest full-frame camera, so here are the video specs!

Sometimes it takes what seems like forever to come up with good blog ideas. We often end up talking about our work as creatives, or even about stuff that sparks our interest in Toronto. Today though a piece of news arrived in my inbox that we thought was so “on-brand” I had to write about it. The Sigma FP is the world’s smallest full-frame camera, so here are the video specs!

Sigma is an incredible company from Japan known for producing some beautiful lenses for DSLR cameras. They even have a DSLR if their own on the market right now with some stunning reviews for photographers, the SD1 Merrill. But this article isn’t about lenses or DSLR photography or even a DSLR camera. In this article, we get curious about the Sigma FP’s video specs!

The latest release from Sigma and their second camera currently on the market. The Sigma FP. The Sigma FP is pretty special, or at least it sounds pretty special. I haven’t had the chance to use one. The Sigma FP is the world’s smallest full-frame camera with interchangeable lenses. The Sigma SF comes ready for L-Mount and has the option of one or two converters allowing its full use of SA-L and EF-L DSLR lenses, and use of EF-L or PL-L cine lenses.

It’s not that difficult to see why Sigma won a Good Design Award for this product. It looks great, it’s extremely compact, and it appears like any Sigma product – it’s designed for serious photographers and filmmakers. Did I mention this camera can shoot video in raw 4k at 12-bits and raw photos around 25 megapixels? On paper, this sounds just as good as some of the mid-range professional Sony or Canon DSLRs – and I think that’s the point.

Sigma is a pragmatic company, that focuses on quality and what works. When they make something it’s because they don’t see it anywhere else in the marketplace. In my opinion, you can’t get a better-looking picture than you can by using a Sigma Art Lens. Period. They have two cameras available on the market. Two. They are not here to compete, they are here to make one thing that’s better than everything else on the market.

All that said, I’m particularly impressed and interested in the video specs, but before I get into that I just want to highlight a major reason why this camera is incredibly useful for a filmmaker.

The Sigma SF comes with a built-in “directors viewfinder” that will accurately mimic the visual profile of pro-cinema cameras, like the ARRI and RED. For smaller agencies or freelancers, I imagine this would be an incredibly useful tool. I can think of times it would have come in handy. As you may know, the cost of purchasing, transporting or even renting a pro-cinema camera can get out of hand pretty quickly. That’s not to say we don’t. But it’s not always – or ever really – feasible to take a RED camera out to a test shoot, or on a location scout. 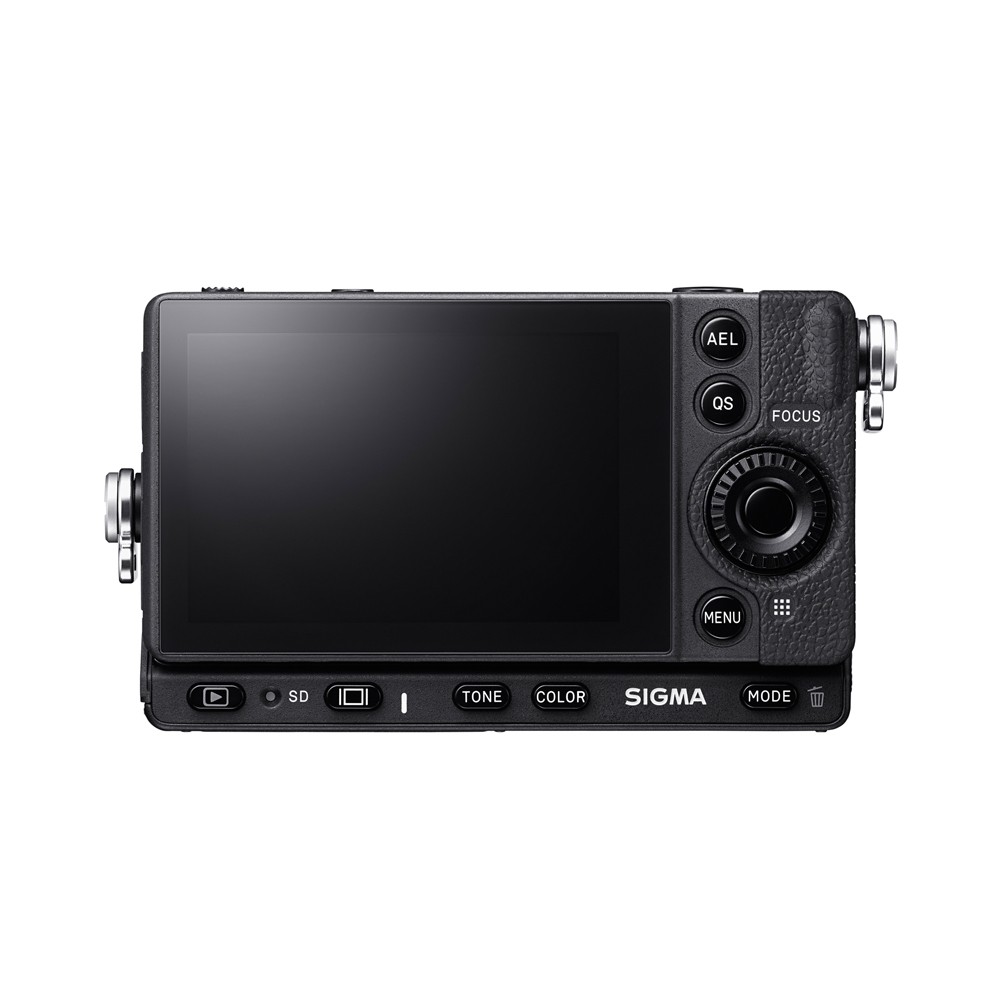 So can the Sigma FP be used for filmmaking itself? Well, again, I haven’t tried it myself, but my guess would be, yes. I don’t think this is an appropriate choice for shooting a feature, but I do think this might be a great camera to shoot a vlog or even lite commercial work on – again, don’t hold me to that – I haven’t held one in my hands. Even so, the specs themselves coupled with the camera’s design where impressive enough for me to write this article, and this isn’t a tech review blog.

Which is a pretty solid segway into talking about the specs! Honestly, this is still a design blog, remember that this camera just won a Good Design Award. It’s relevant, I swear to god. This camera is so freaking small and light, that that’s why the specs are so fundamentally important to the “good design” of this camera.

Good design is, after all, a balance of form and function. As I subscribe to a minimalist sentiment when it comes to industrial design this camera got my attention, hard. Here are the video specs.

The specs don’t stop there. As I mentioned at the beginning of this article the Sigma FP is the world’s smallest and lightest FULL-FRAME camera. This little bad-boy is equipped with 35mm full-frame (35.9mm x 23.10mm) Back-illuminated Bayer CMOS sensor. Giving it a running start for what could be one of the most successful prosumer cameras on the market today. If I had a holiday wishlist, this would be on it.

Brass-tax, here are the video recording specs. You can check them out on Amazon here.

Continuous recording time: Up to 2h

The battery is also a pretty notable thing for videographers and filmmakers, so while the camera can shoot continuously for 2 hours, it’s limited by a 70-minute battery life unless it’s powered externally. I’m using the term “limited” pretty loosely there, as 70 minutes continuous recording is pretty respectable battery life – a little less than the 5DM4, which clocks in at just under 1.5 hours. 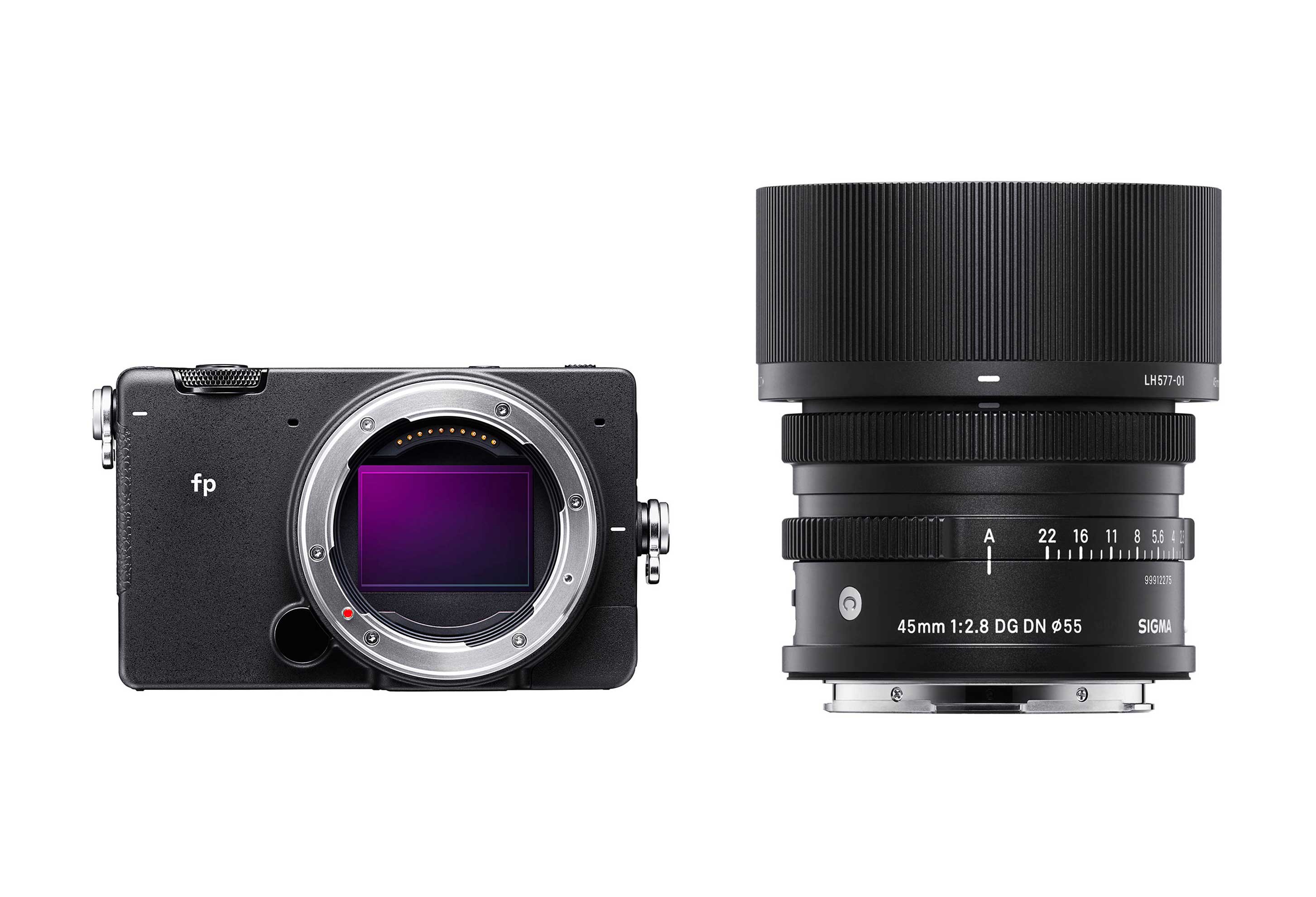 Some cool things of note that I haven’t mentioned yet about this camera – and to be honest probably didn’t have that much to do with the design award – include the ability to capture images as cinemagraphs live in-camera, I’m pretty curious about this feature even though it comes across as a bit gimmicky – but so do cinemagraphs.

I’m honestly just scratching the surface of this camera with this article, there’s a lot to take in for such a compact package. For the full specs, I recommend visiting sigma-global.com, or visit the Amazon product page here.