The Dropout Independent Music Video Awards is back for year two.

DropoutEntertainment.ca is celebrating the 2019 Canadian Independent Music Video Awards on their website starting in November, and we’re incredibly proud to debut the first promotional piece of artwork for this year’s awards. 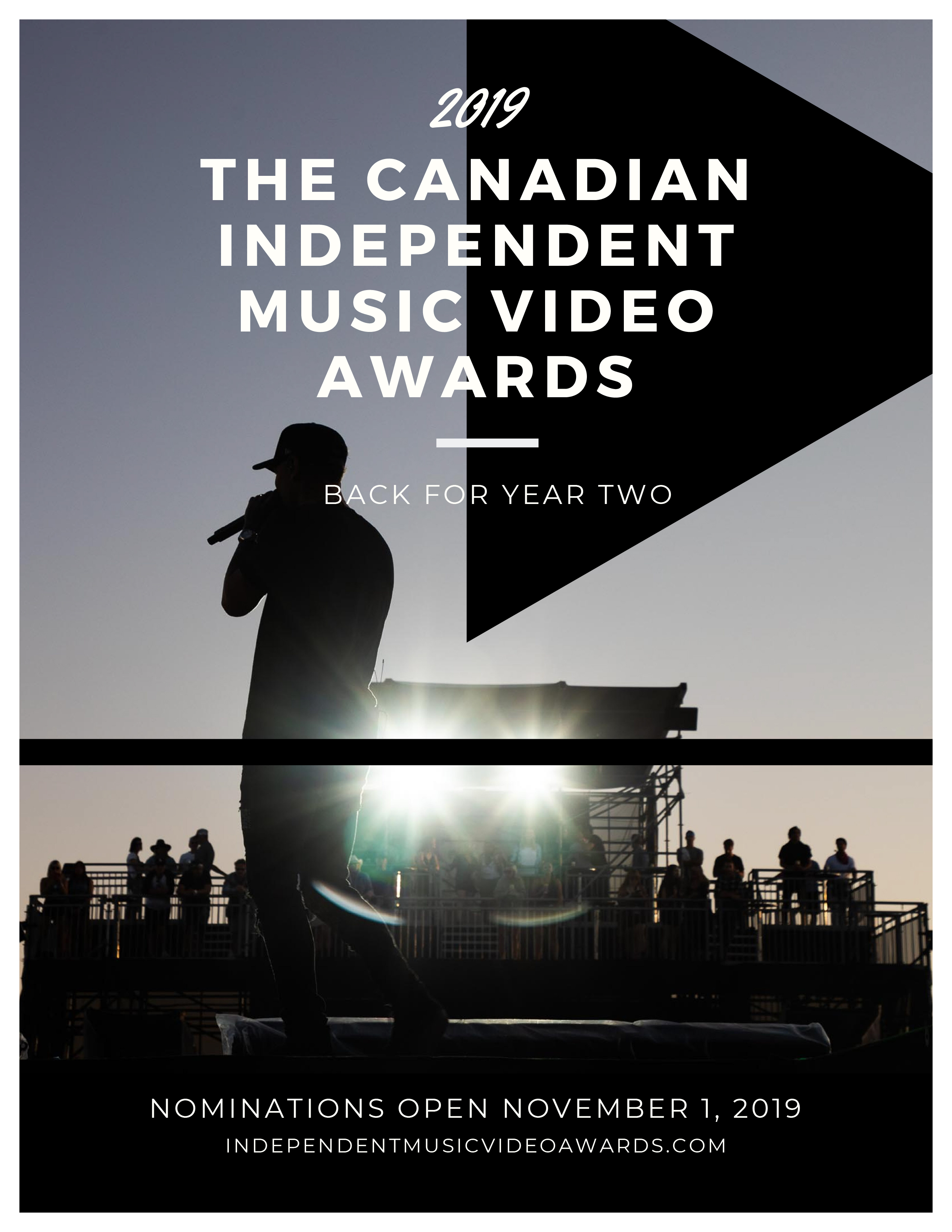 Last year Jesse Read, the Managing Editor and Creator of DropoutEntertainment.ca saw a gap in the Canadian Music Industry and it’s recognition/awards culture. While several awards existed for Independent musicians, none existed that recognized the filmmakers/creators behind the camera of independent music videos, not only in Canada but anywhere in the world.

A few short weeks later, the Canadian Independent Music Video Awards were born; and the submissions and user votes starting rolling in. The Canadian Independent Music Video Awards were the FIRST awards celebrating the best independent music VIDEOS in Canada. The contest featured videos from bands such as Tokyo Police Club, Yukon Blonde, The Dead South, Said the Whale, Pressa and Sumo Cyco; and was shared significantly on social media throughout its duration.

While the overall best video winner is chosen by the Dropout Editorial Team, each genre category is open to votes by our fellow Canadians – crowd favourites are chosen along with our editorial picks for the final round of the contest.

The first Dropout Entertainment Canadian Independent Music Video Awards had a final impression rate of over 750,000 people and received over 20,000 user votes from Canadians for their favorite artist videos. On Facebook alone the contest was shared more than 70,000 times organically.