There’s no doubt 2020 will go down in the history books, a year to be remembered for so many reasons. A year of great upheaval, shock, and communal trauma; but also a year of great innovation. It was a year that showed us the human spirit’s willingness to prevail, even in the darkest of times. It showed us we are a very social species and all still need connection, to show our love for one another, however virtual that may be. The ability to adapt with agility and speed is a special trait our species carries, one that most definitely has helped humankind get this far.

Here at Toronto Creatives, the pandemic has of course affected us too.  It’s challenged us to adapt to new ways of doing things. Things like moving our office home into our living rooms, online meetings, strategy pivots, and all the rest. Some of our clients though, felt the effects in ways we couldn’t have even imagined only a year ago, making our sacrifices seem minor in comparison.

The organization knew they needed to take the event online, the question was how?

When the Fred Victor homeless charity came to us early on in the pandemic, they were only weeks away from one of their biggest fundraisers of the year. Each year Fred Victor raises money through a sponsored participation event known as Fred’s Walk. Due to the pandemic, the walk was in danger of being canceled and the organization was looking at a potential – and very considerable – loss in vital fundraising. The organization knew they needed to take the event online, the question was how? We were six weeks into the first lockdown and their event was less than 8 weeks away, they needed a solution to pivot online and quick, while still maintaining engagement from their audience.

At the beginning of the pandemic, there were an estimated 9,000 people homeless every night in the city.

Fred Victor is one of Toronto’s leaders in homelessness advocacy, affordable housing, and transitional living. With over twenty sites across the city of Toronto from low-barrier shelters to permanent, affordable housing and even food support, Fred Victor does a lot to help the people of Toronto. At the time, Toronto was already experiencing record homelessness. Housing costs in the city have been increasing exponentially due to the massive tech and research boom of the last decade increasing demand. Condos in some hotspots have doubled in value after only a few years. At the beginning of the pandemic, there were an estimated 9,000 people homeless every night in the city. Over the summer we all saw this steadily increase right in front of our eyes, almost every park in the city had an encampment.

When Fred Victor reached out to Toronto Creatives they knew they wanted something – but didn’t know how to pull it off. With a detailed client intake out of the way and a clear understanding of the client’s vision, the Toronto Creatives team went to work, creating what would become the first Virtual Fred’s Walk.

First, we (safely) filmed a virtual tour of several Fred Victor sites, including drone footage along with some interviews with the amazing people running these facilities. All the videos were neatly edited together and used in the private livestream we facilitated on a dedicated landing page. Attendees were able to watch with the events’ hosts as well as interact with each other.

Following the successful execution of the fundraising event, Fred Victor presented us with a second challenge. With a new facility about to open, one providing safe, private places for up to 50 homeless women, the organization needed a way to show it to people. The facility, dubbed “Fatima House” after the donor’s mother, is an immaculately restored turn-of-the-century home along College Street. Due to COVID-19 our challenge was two-fold, as Fred Victor was not able to host in-person tours, a video tour was needed to present to Toronto City Hall so that they could fully understand the new facility and the value it was bringing in helping more people off the streets into clean, humane and modern “shelter”. The second part of the challenge of the video tour was community engagement, letting the neighbours know this is no ordinary facility, it is a place for people to get off the streets and really flourish.

Fred Victor later presented us with another virtual event. This time a livestream with pre-recorded interviews and performances, but with a new twist this time – a food element! Street Eats 2020 had to go virtual too, usually, another in-person fundraiser where local chefs each prepare a course for an inspired dinner. This year the team at Fred Victor organized hampers to go out to the donors where they could prepare the meal from the safety of their own homes, along with instructional videos. We interviewed each of the chefs about their dish and what giving back to community organizations meant to them, tying in footage of them creating their dishes, creating a magical evening for all to follow along with.

With restaurants and venues closed everywhere, all the focus had to be shifted

Another client, Tea Squared, a local importer, blender, and wholesaler presented us with a different challenge. Predominantly a wholesaler, the company’s main focus used to be on supplying the Hospitality and Tourism sector, with an online eCommerce portal for direct to consumer sales – which Toronto Creatives has managed with notable growth over the last few years. With restaurants and venues closed everywhere, all the focus had to be shifted to the website and online promotion. Quickly, we re-evaluated our strategy, engaged new customers by introducing them to the brand at home. Toronto Creatives was able to bring in a substantial increase in sales to the platform in a very short window of time, with only a modest added investment from the client. 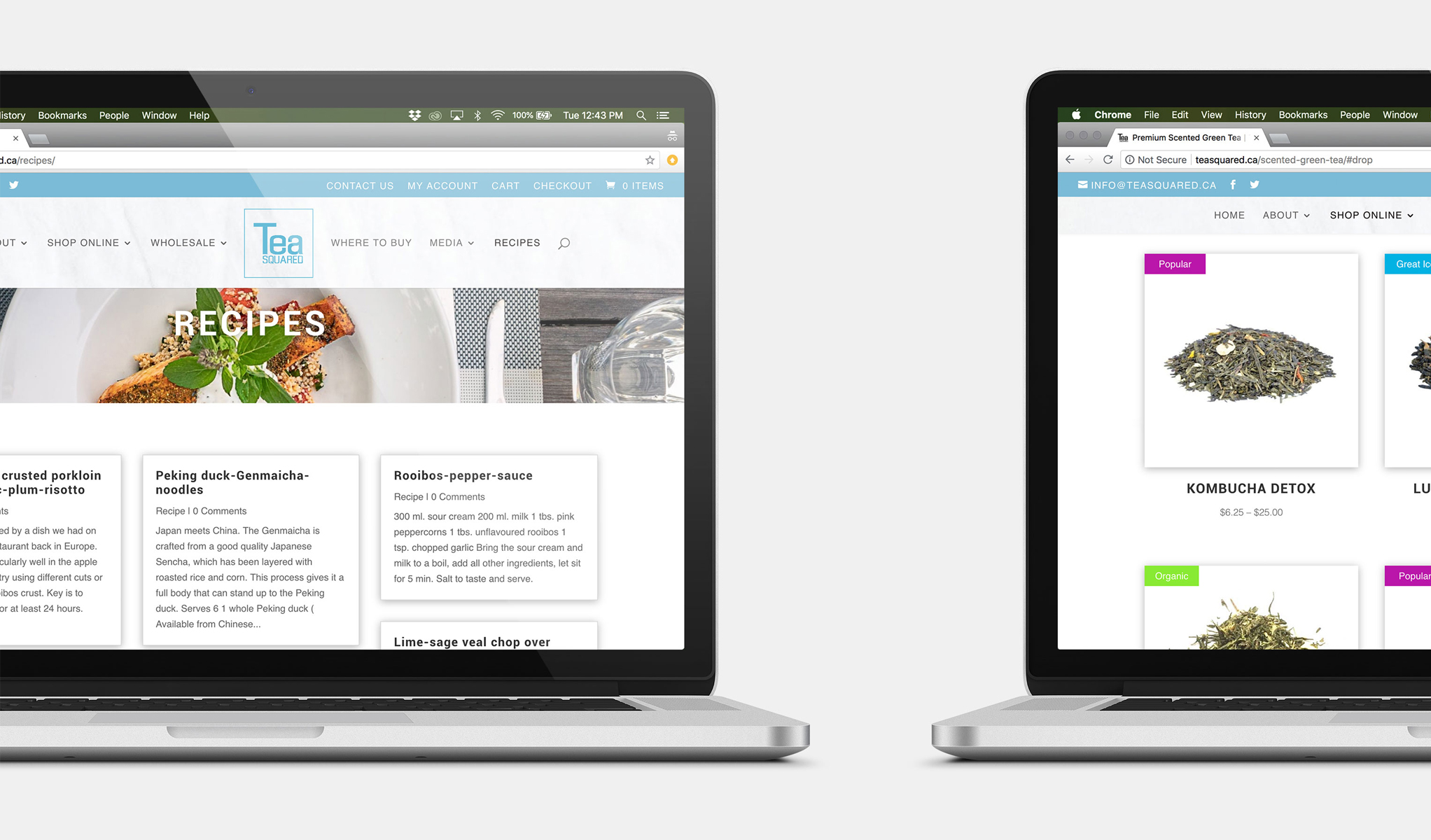 On an international level, Sodexo, the parent company of Azure Catering, at Chicago’s Shedd Aquarium took the down-time to do a little re-evaluating of their own. The company reached out to work with us on a new website, one showcasing their culinary wizardry and unique venue.

Toronto Creatives is happy to add the Azure at Shedd website to our hospitality-marking portfolio. A body of work that includes websites for venues like Casa Loma, Cerise Fine Catering at the Beanfield Centre, and the Liberty Grand Entertainment Complex, among others. 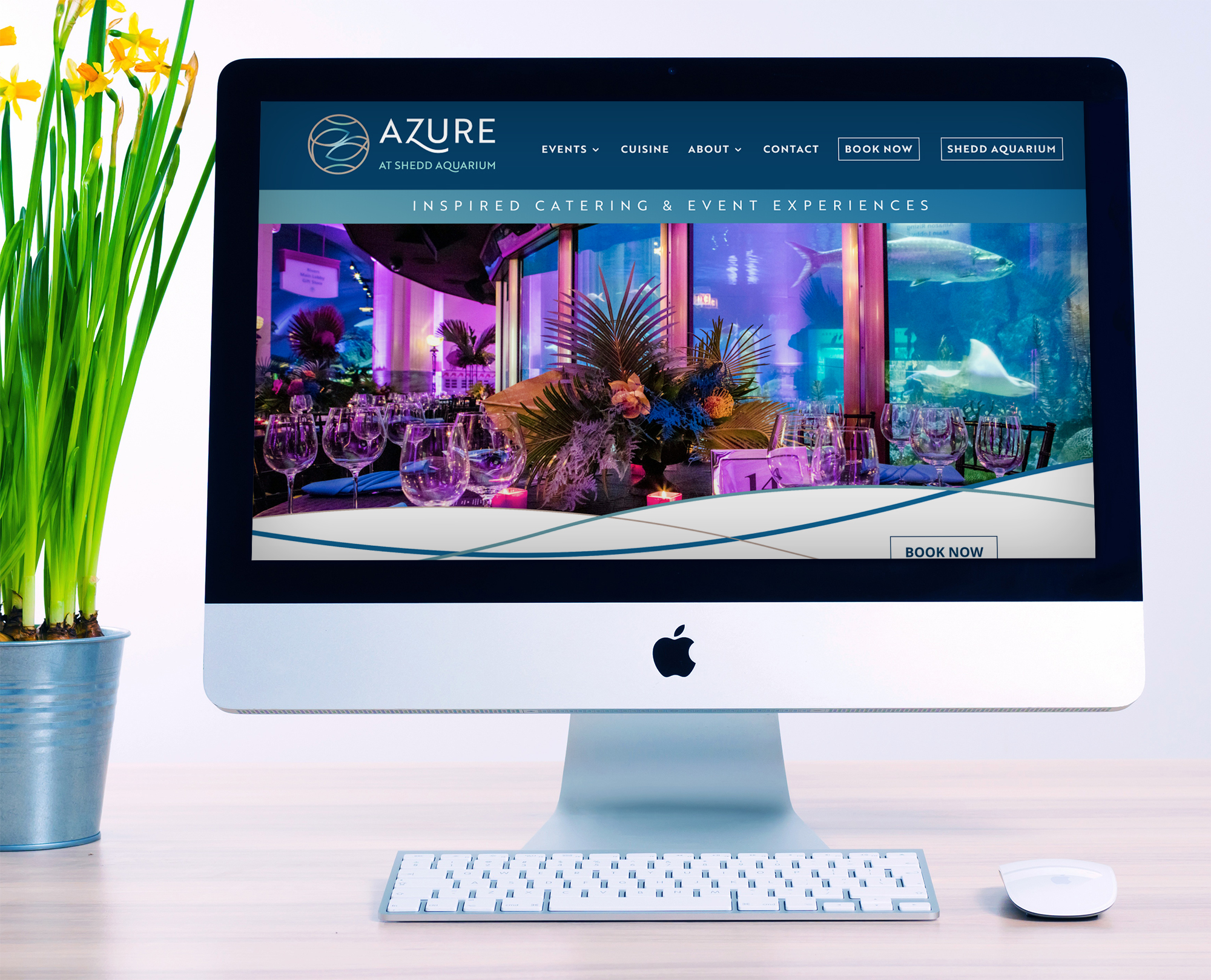 Remember the adorable, exploring penguins that took over the internet during the lockdown? Same Aquarium!

We helped the Avenue Road Safety Collation present their case to the city for wider sidewalks on Avenue Road.

At a hyper-local level, the Avenue Road Safety Coalition came to us for help as their neighbourhood sidewalks were already far too narrow at the best of times (there are literally hydro poles smack-dab in the middle of some streets in this city!), with COVID19 they were now downright dangerous.

We produced a video for them to lobby the city to – at least – introduce temporary wider sidewalks, similar to what had been done to help restaurants move their seating out to the curbs elsewhere in the city. The video was a success and in October 2020 the Avenue Road Pedestrian Safety Improvement Pilot Project was approved shortly after the video was presented to Toronto City Hall.

What a year it was, for all of us! Now a new year is upon us and it’s time for hope, renewal, and rebirth. Time to take the struggle of the last year and use it to propel us forward. Stronger than ever. This year, let’s focus on real, human interactions. After all, soon we’ll be able to hug again. There’s still a long haul ahead of us and it’s going to take us all taking care of ourselves and reaching out to those we love, virtually keeping those connections alive.

Last year certainly brought us many challenges, but now it’s a whole new year, we’re still here and much stronger having met the challenges, with agility and speed, and skill. We look forward to strengthening the connections we have, and building new ones as much as possible, reaching even more people in 2021! We hope you’ll continue this amazing voyage with us, at a safe distance for now.

If you would like to meet (virtually) with the Toronto Creatives team and see where we might be able to take your business, get in touch!