It’s been a busy January so far in 2020, and we’re just getting started. We’re super proud to be one of the sponsors for this year’s Canadian Independent Music Video Awards. We’ve provided the contest and Dropout Entertainment with digital, video and website support since the site’s inception in 2016. This is our second year as a sponsor for the Canadian Independent Music Video Awards

This year we’re also proud to sponsor the first-ever LIVE awards-show for the Candian Independent Music Video Awards, taking place on February 13, 2020, in Toronto at The Hideout.

Check out the artwork! 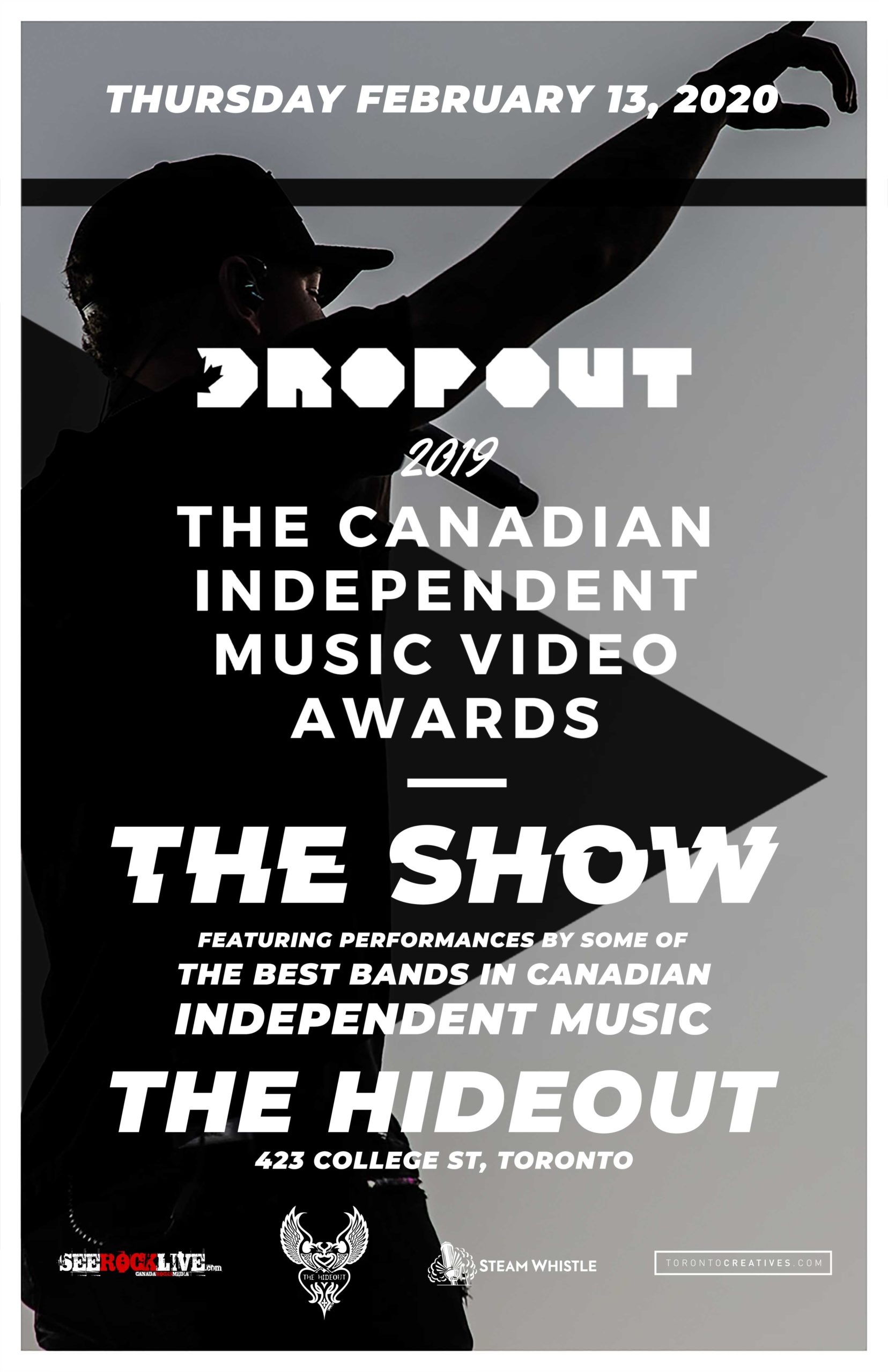 The awards this year have been an overwhelming success from a digital standpoint, on-top of showcasing Canadian Music, the contest had generated over 18,000 user votes – and counting – from all over Canada.

Music is incredibly important, and independent artists who push boundaries, break barriers and speak without the voice of a record label are incredibly important. They are as important to Canada as they are to the artform of music itself. Independence is where real art comes from. Nurture it, and be grateful for it Canada. These artists belong to all of us, and it’s our privilege to show them to the world.

Winners will be selected at random and contacted directly by email on February 5, 2020