The following is a guest post by Olivia Iaboni and was originally published on HOLRMagazine.com. Iaboni is an Online Editorial Content Creator with our friends at HOLR Magazine.

Award-winning Persian-Canadian filmmaker Mostafa Keshvari’s feature film Corona, is getting a lot of international attention as the first full-length film about the Coronavirus pandemic. The film is inspired by the early stages of the outbreak and centres on the xenophobia and racism that Keshvari noticed when the virus first began spreading. 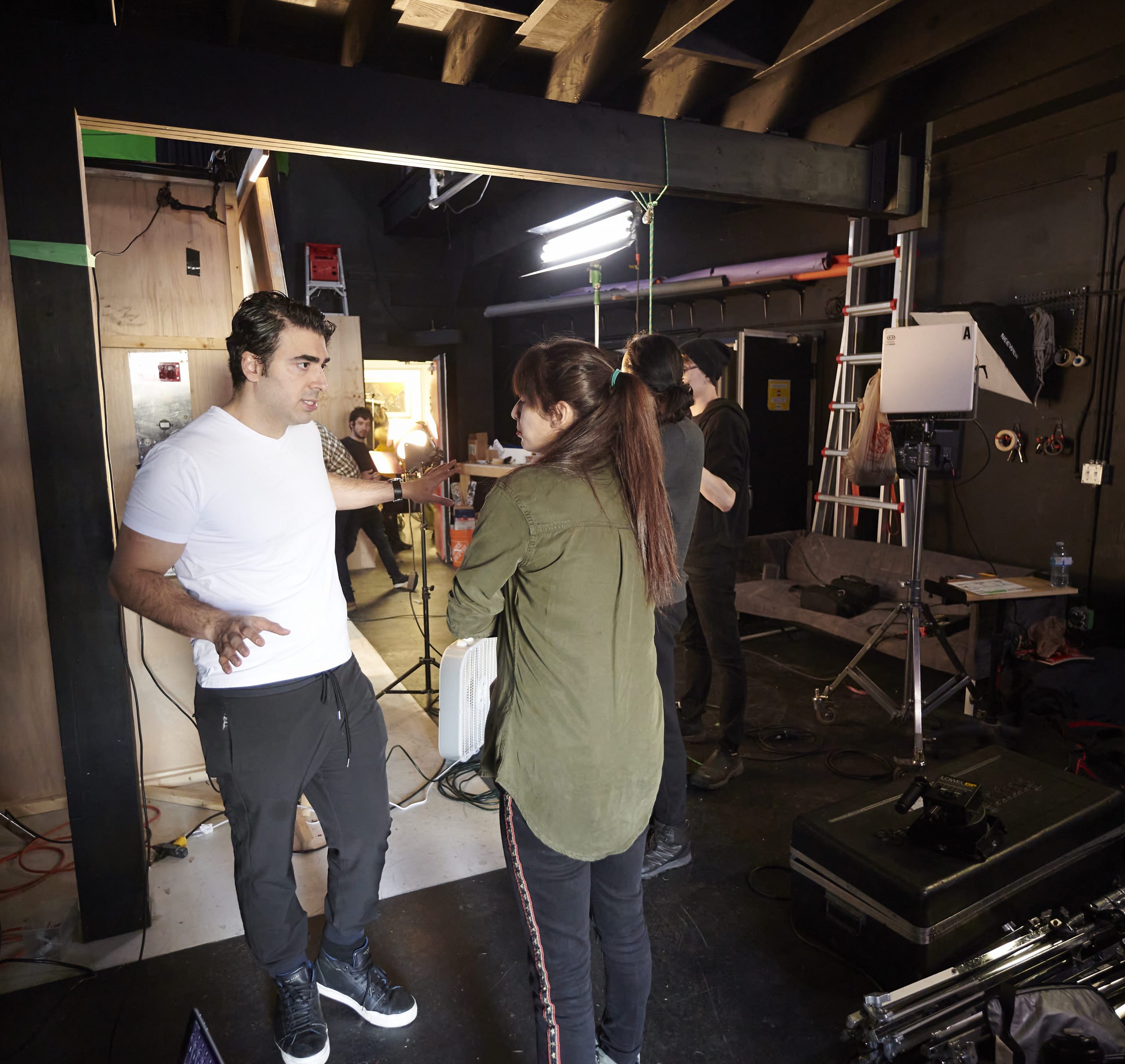 In Corona, when unlikely neighbours are trapped in an elevator with a person suspected of having the Coronavirus, fear and racism spread faster than the virus itself. The film was conceived in early February and was shot handheld in one take with improvised dialogue based on specific plot points. The film intends to give the audience a sense of reality as if they too, were stuck in the elevator, and it implores them to think about how they would behave under these circumstances. 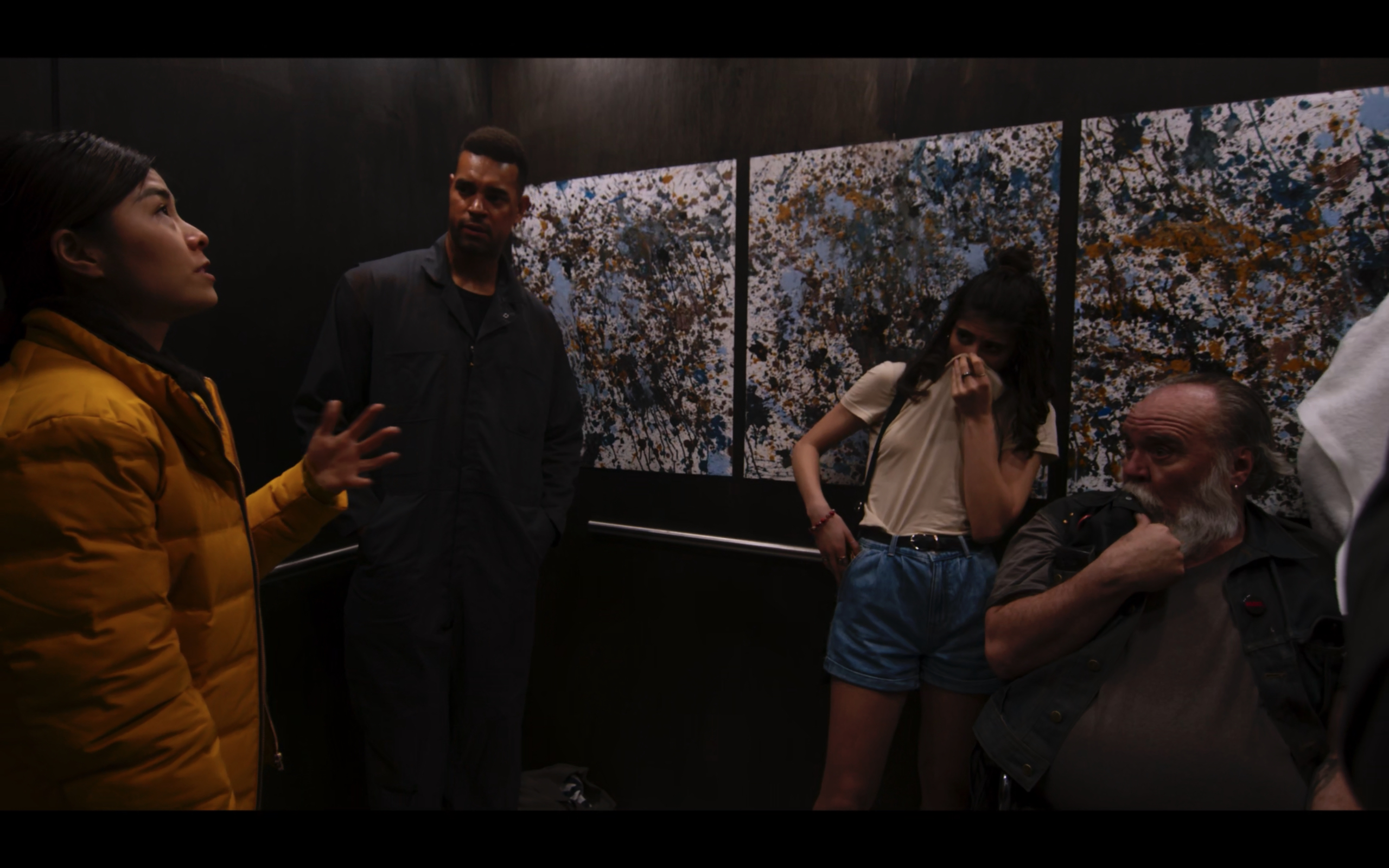 We got to ask Keshvari some questions about his film and its upcoming release:

What inspired you to create this film?

I was in an elevator reading about the racist attacks on Asian tourists around the world in early January when the virus was in the early stages. As a human being when someone is suffering, you feel their pain regardless of their race or nationality and as a filmmaker, I feel like I have a responsibility to not only entertain people but to empower them. I realized I couldn’t save lives like a doctor, but that I may be able to save people from racism in their daily lives by changing people’s perspectives. At the time I started thinking about the idea for the film, everything was normal and we never imagined it would be a pandemic of this size. When writing the film, I predicted a pandemic and that’s where the film is set, unfortunately for all of us, that prediction came true. Now the virus is affecting everyone so we must unite and fight it all together.

How have your roots influenced your art?

As a minority filmmaker and a Persian-Canadian, I feel connected to both the western and eastern ways of life, so I have always hoped that my art could be a bridge to bring the world together. A good artist doesn’t have borders and good art can bring people closer together. I grew up with a spiritual upbringing and the teachings of great Persian poets such as Rumi, Khayyam, Saadi, and Hafiz, so I think that influence helped me to see life differently at a very early stage. That’s why I prefer to make small films with big messages rather than big films with little or no message.

Corona will BE the first feature-length film about this pandemic. How were you able to put it together so quickly?

Being an independent filmmaker, you have to think outside the box, I literally made this film in a box (an elevator) and that is how the idea of the film was born too. I wanted the film to be shot in one long take to give the audience a sense of reality, that and the small space helped create a sense of tension in the acting. I had a loose script but gave the actors the freedom to improvise the dialogue. I wrote the structure of the script so it was raw and real, but was blessed to have an amazing cast and crew who did a great job for a great cause. I believe you don’t always need all the fancy film tools to send a simple universal message and we did that with Corona. 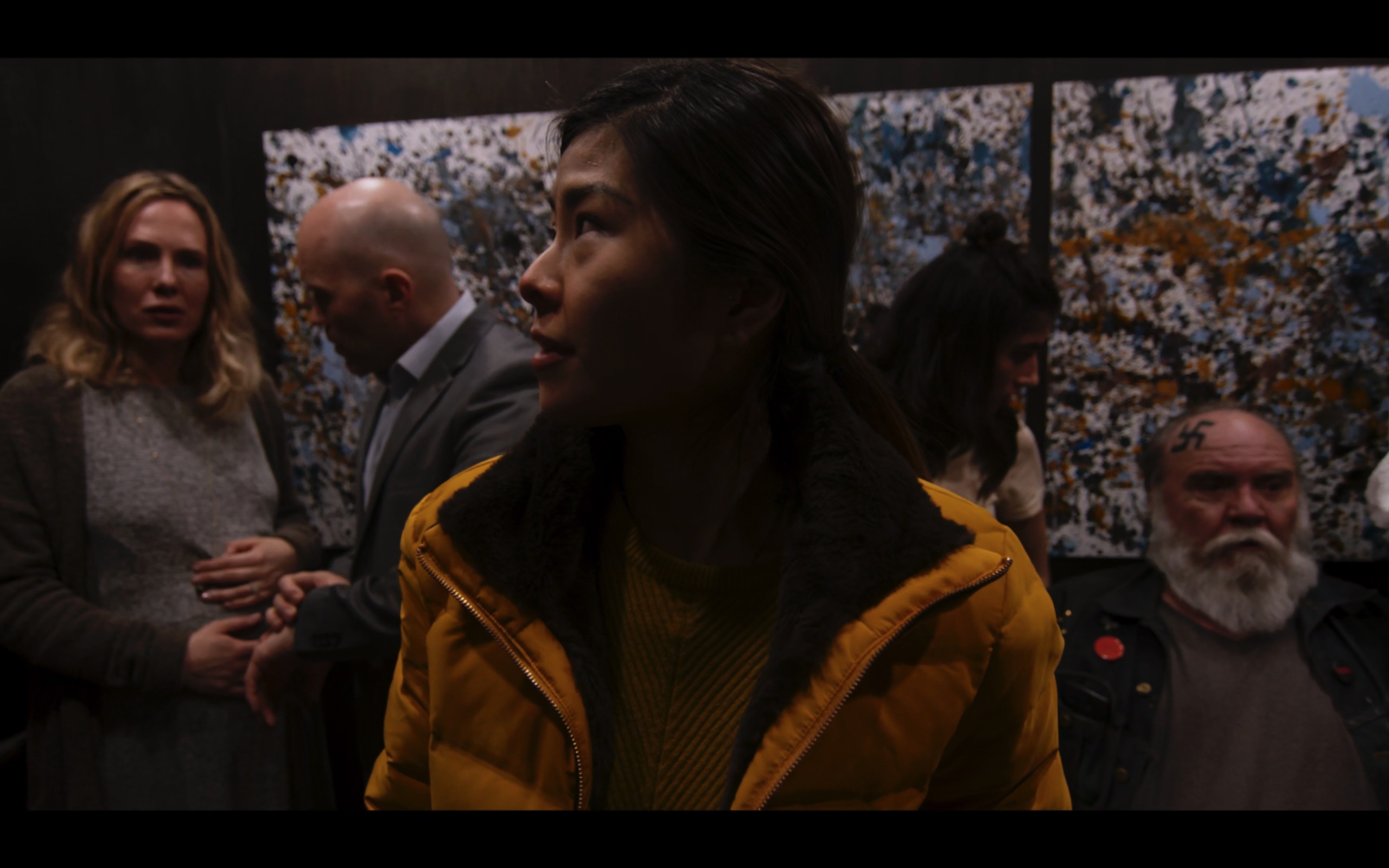 What was the hardest artistic choice you made in the making of this film or at any stage in production?

The hardest artistic choice was to trust the actors with the improvisation, the cast had to dive into the depths of their character to bring an authentic voice. Because of the nature of the storyline, there were lots of racist remarks and slurs and some really dark moments, but there were also bright human moments too, which surprised me. We had the most respectful cast and crew, but those moments can be hard because at times they reflect reality.

What message do you hope the audience will take away from watching your film?

I hope this film makes us reflect on our moral choices during these hard times, the film is a study of our society and our behaviors under extreme circumstances. Not only are we trying to survive as people, but will our humanity survive too? The film raises more questions than answers and just like the characters we find the answer within ourselves. Unfortunately, due to the Pandemic now everyone has a glimpse of how it feels to be afraid of one another, I hope the emptiness of our isolation makes us more empathetic towards each other. There are lots of plot twists in the film so I can’t give too much away. Just like the characters in the film, let’s not judge the film by it’s cover and wait until we’ve seen it.

How important will social media be for promoting this project?

I never thought Corona or the Coronavirus itself would become so big, but the film is a continuation of the message I include in all of my films, fighting injustice. As Rumi said “As you walk the path, the path appears,” so I am walking that path and hope to fight racism and injustice one movie at a time.

Where can the film be viewed?

We wanted to originally go the film festival route but with all the closures we have decided to seek worldwide distribution on a streaming platform. Hopefully, people can stay at home and enjoy this relevant film. When it comes to Corona, I hope we all spread the film not the virus! For more information, to get in touch or to follow our updates check out our website www.coronamovie.com or on social media @coronamovie.