Designing a wine bottle is not only a designer dream job, it was even part of a lesson plan when I was in school. The reality is, it’s about as exciting as designing anything else. That is to say, exciting to a designer. I don’t drink per-se, but my colleagues do and I get that it’s a perk to have some bottles around the office. I mean it’s just a nicer thing to have in your office than say… a catalogue for a car we can’t collectively afford. 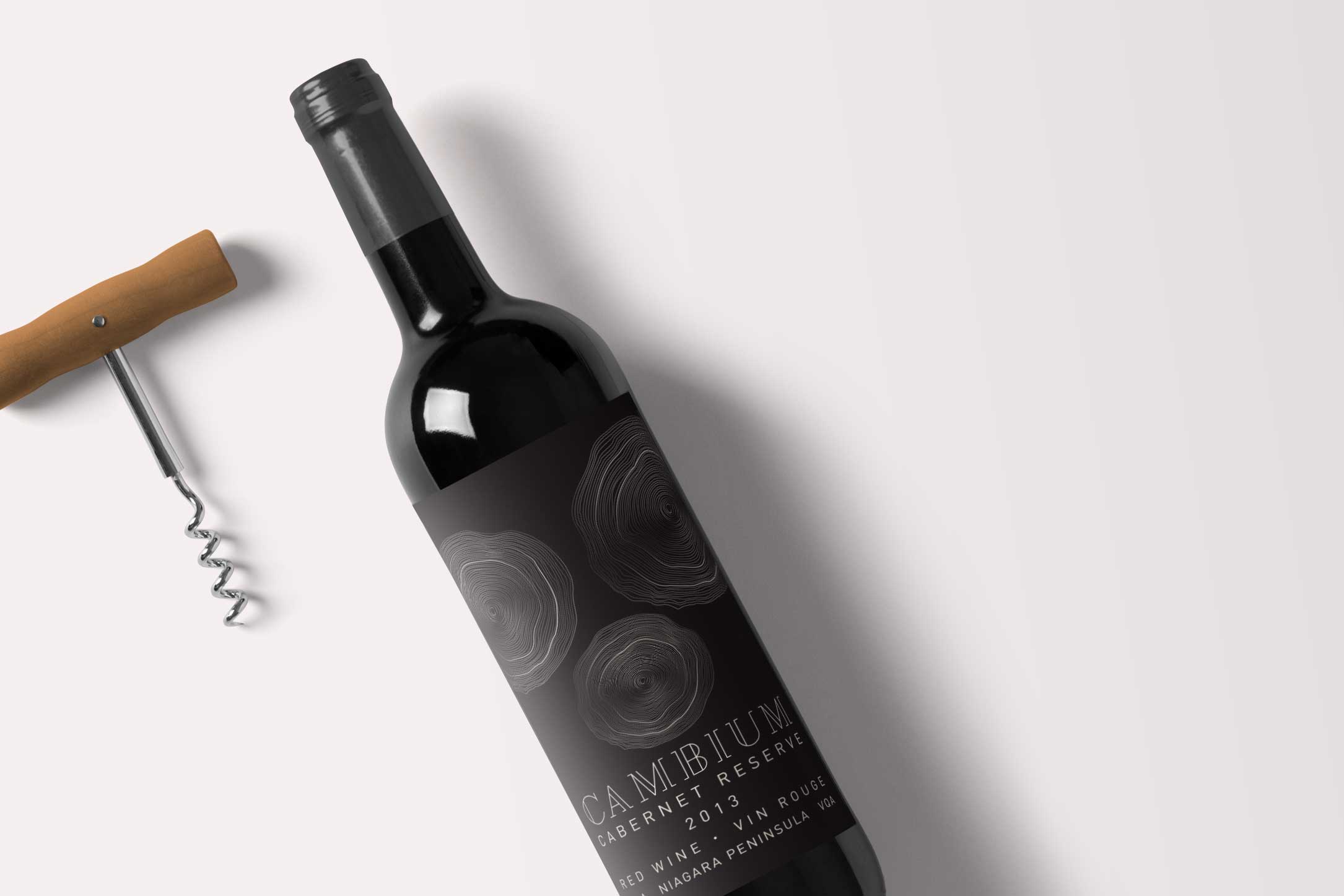 Wine in particular requires a bit more story telling than usual. I saw a study once that illustrated the perception of a wine had more impact on it’s taste than the actual wine did. Essentially, it presented the same wine with different narratives, some giving the wine perceivably more value than the others, different regions, years etc. The experts had plenty to say about the wines and little follow up when it was revealed the wines where all of the same batch. The argument then becomes wine is so complex it varies bottle to bottle. Sure, that’s fine too. 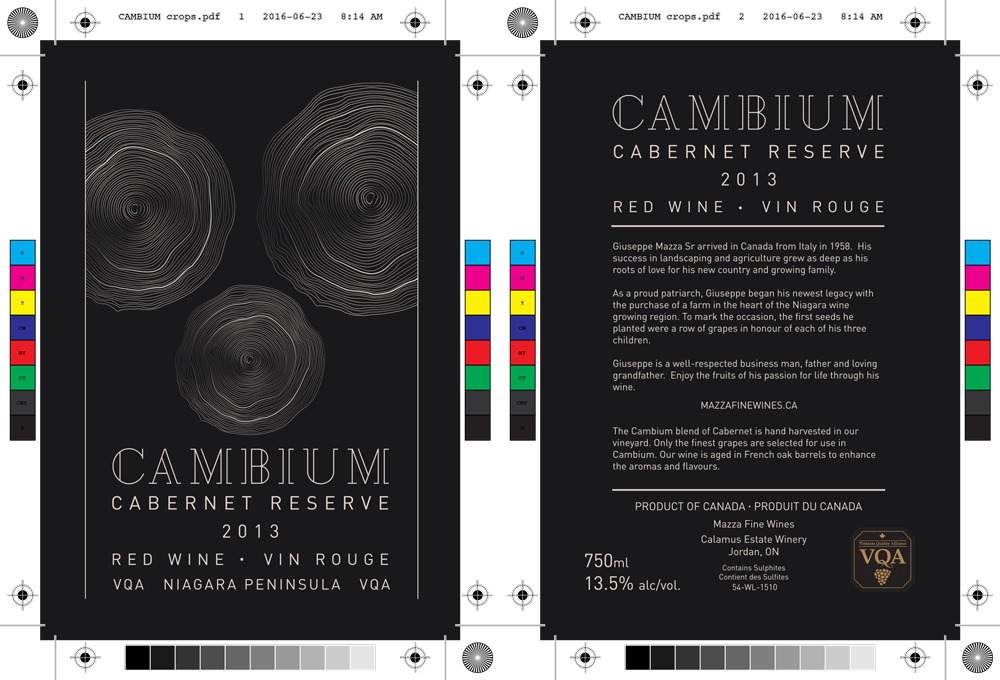 In the case of Cambium the brand centered around the story of the trees on the farm where the client grew the grapes, a family tree farm. The logo was developed based on the rings of the trees, and the generations of the family. The name was chosen as the chemical compound that holds the tree together. Like wine and family.