The event brand design and marketing materials for the Liberty Grand Halloween event produced in partnership with DC and Warner Entertainment.

In 2017 The DC Universe and Warner Studios took over the Liberty Grand as a primary sponsor of the venue’s annual 10,000+ attendee Halloween party. As the artwork for the movie poster was already being used to promote the “Legends of Horror” event at Casa Loma, also produced by Liberty Group, the decision was made to seek out original artwork for the event. 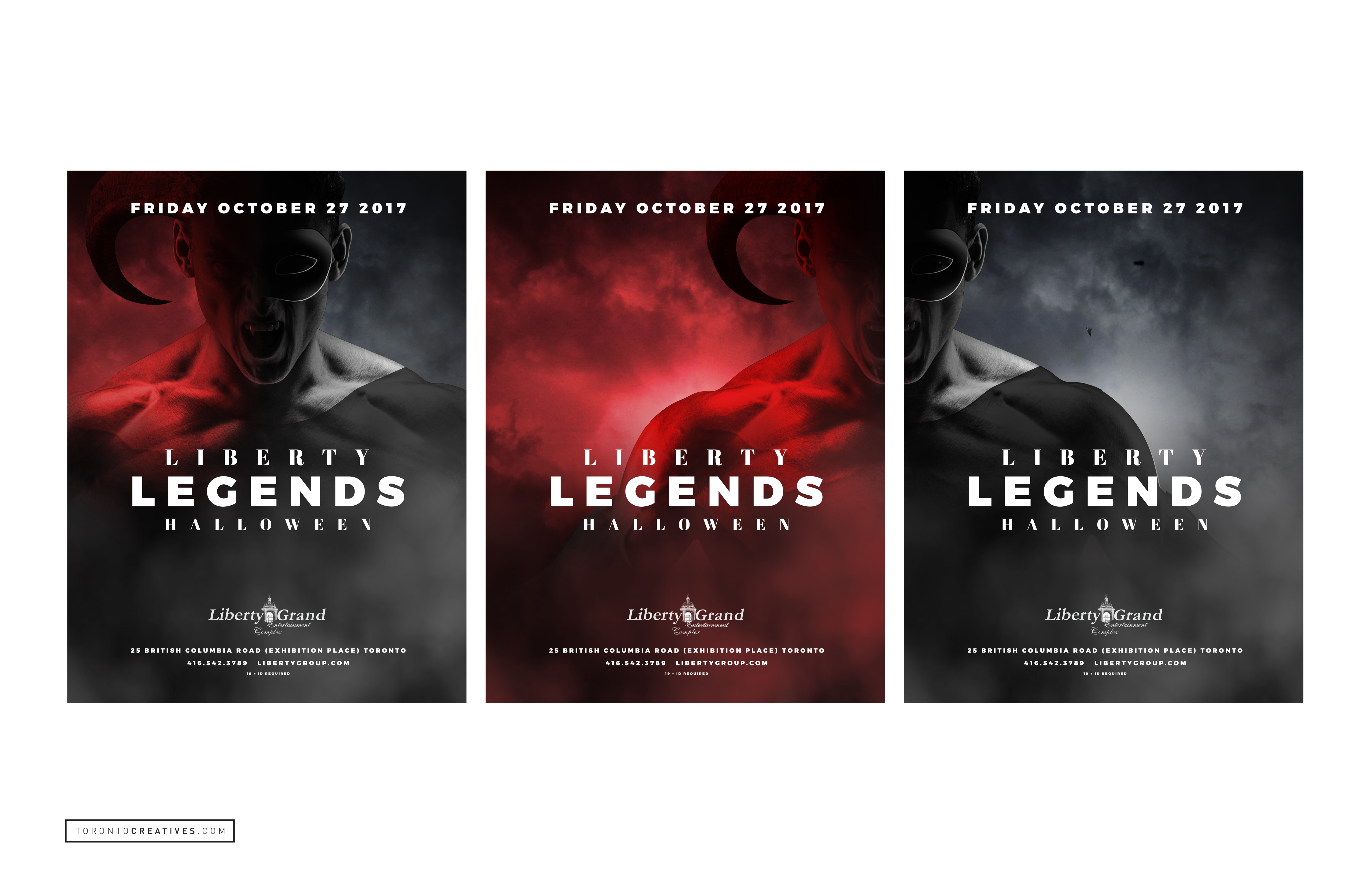 The goal was to create artwork around the concept of good vs. evil, villain vs hero. 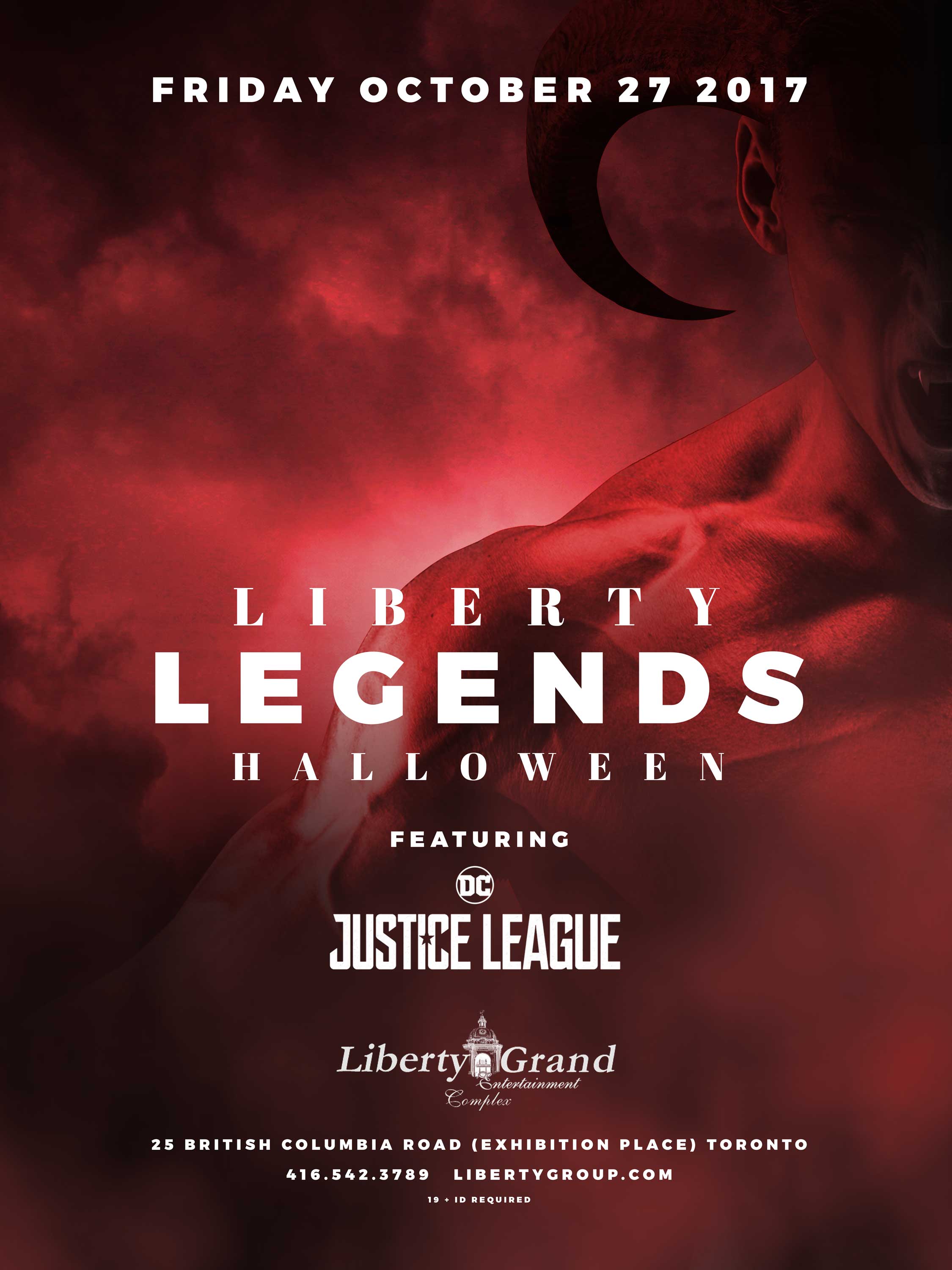 The event was promoted digitally and in a city-wide OOH campaign so we decided to create three unique pieces to increase the overall impact of the campaign. Good, Evil, and the duality mankind struggles with.