Toronto Creatives had an awesome opportunity to take some video work to the next level. With some help from the awesome choreographer Scott Fordham, who put together the dancers and the moves for us, and of course the amazing performance by Joey Niceforo himself. Here’s a bit about how we made the video for “Note To God” a song by Diane Warren and performed by the incredible Joey Niceforo.

We worked closely with Niceforo and his team on developing the concept. This is of course the fun part because we get to be creative and talk about load of different ideas, they evolve and new ideas come to the table. The one thing we knew is we didn’t want something typical. The song was too special. So we went with a higher concept which is of course a little more ambitious to film. 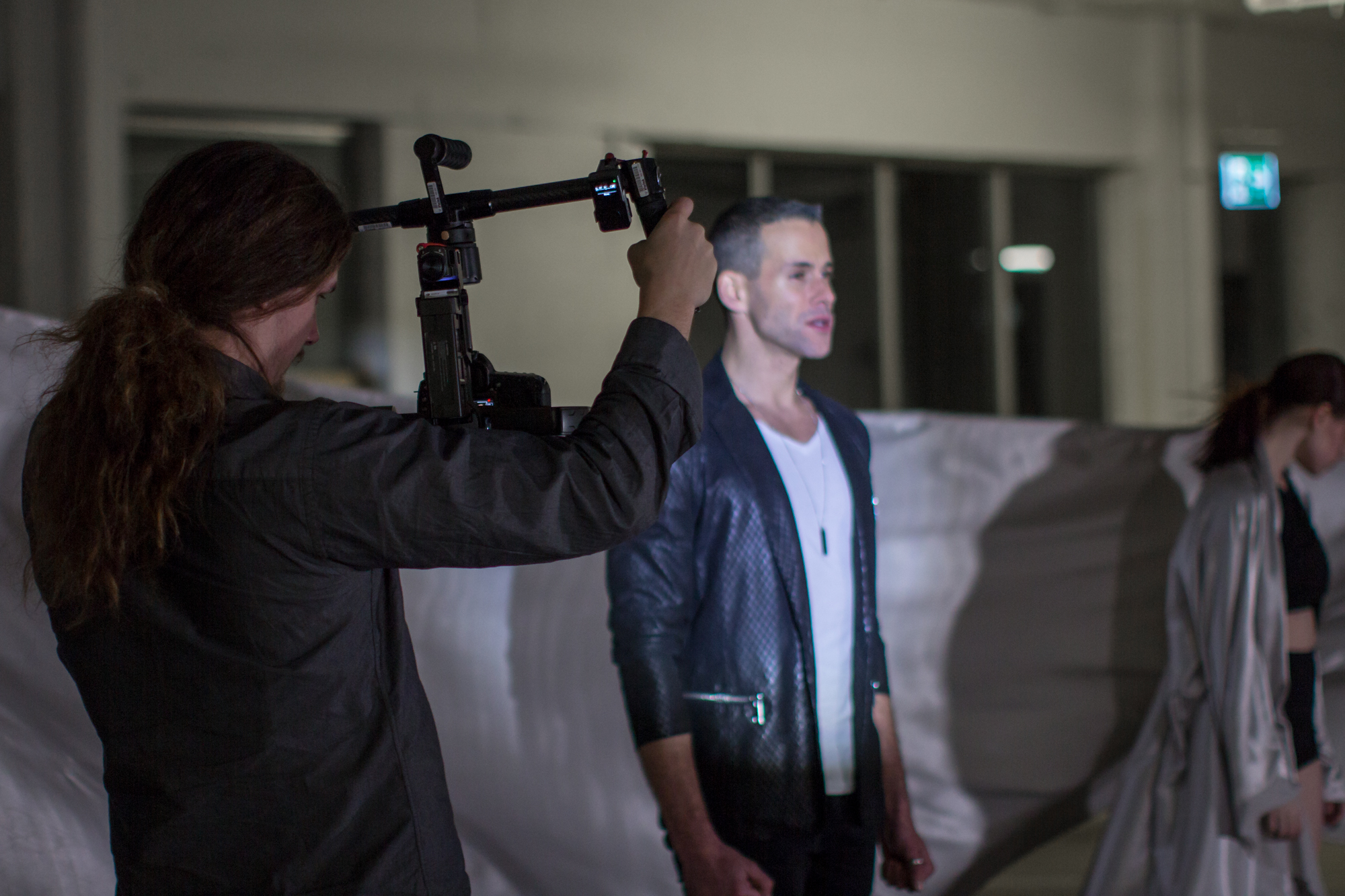 After the concept is nailed down we start looking at things like equipment and space first – Scott was looking at talent and the music for the video was obviously already confirmed so we got into full camera nerd production mode. We found the space with the help of Crown Property Management, a great team that gave us a great deal on the two nights we needed to film. We chose to shoot at night to avoid having the black out any windows – this gave us some more budget freedom and less expenses had to go to location production. We have an awesome team who thankfully where willing to go along with this thinking! 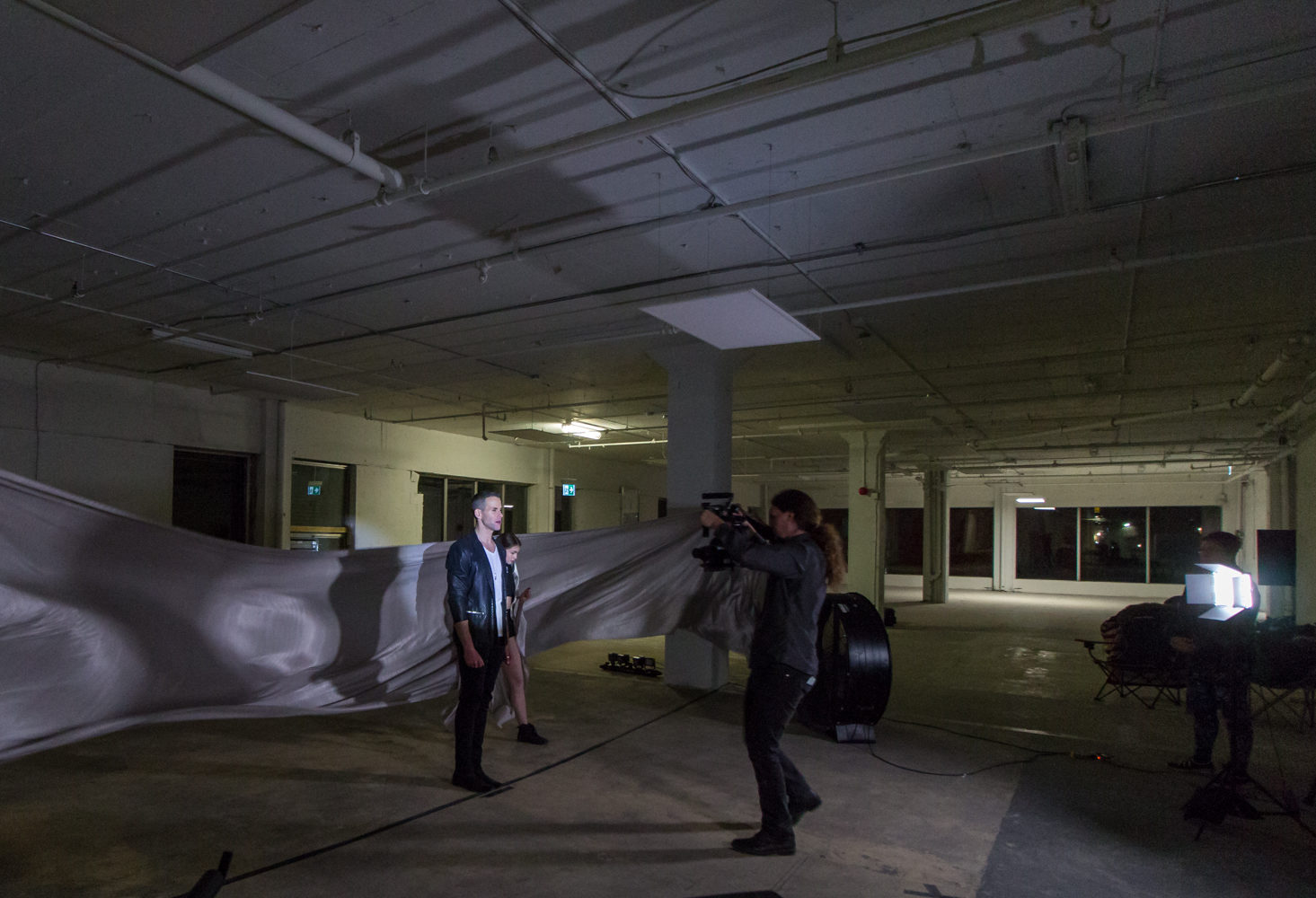 The dancers came prepped and the shooting days went really smoothly – everyone involved was total pros. 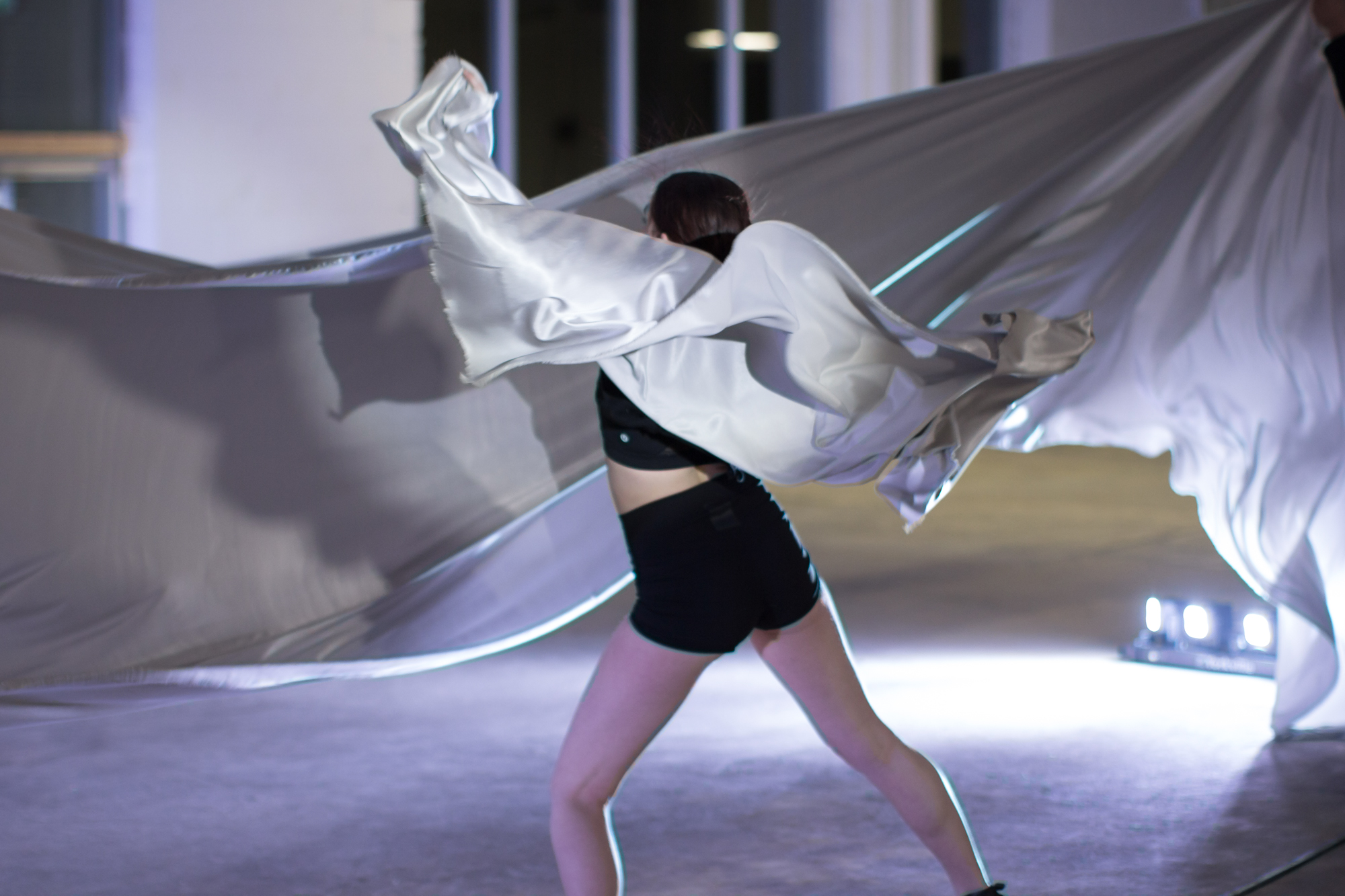 THE FABRIC! Ha, props are so much fun as they often mean going shopping for the most random stuff. We got the chance to go shopping with Joey for this one – added bonus. After visiting a few textile shops on Queen West and poring over a number of different bolts we landed on this light faux silk and the deal was done.