1802, the number of stacked glass fiber blocks that make up the Unzipped on King West.

Originality designed and constructed for London’s Serpentine Galleries by Danish Architecture Firm Bjarke Ingels Group. The pavilion is currently at its temporary home along King West in Toronto, Canada – where it will remain until the end of November before being moved to its new permanent home in Vancouver.

We don’t talk about architecture really as it’s not in our wheelhouse – but when it comes to large public installations that we can get on film, we’re all over it. 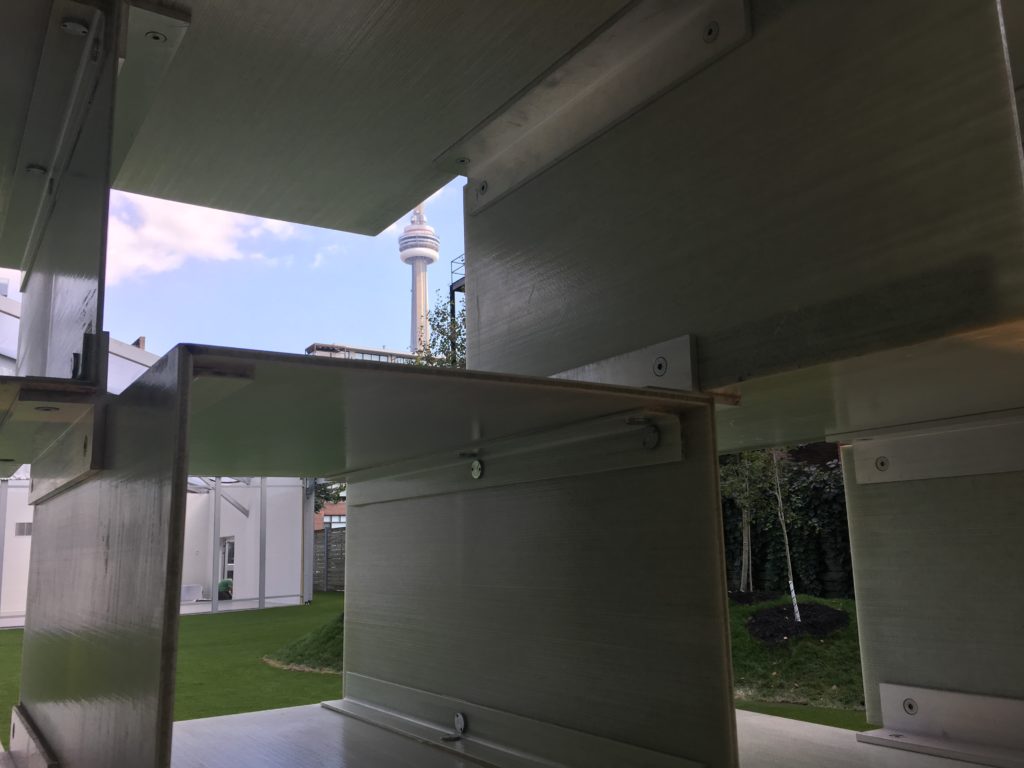 Unzipped is an incredible structure and tells the story of the relationship we have with the world around us. According to Ingels it’s meant to explore the similarities between two juxtaposing forces; and maybe come to terms with their ultimate similarities or sameness. That’s what we’re taking from it at least. This exploration is done by way of ‘unzipping’ a straight line and dividing the sides.

“Westbank has a well established and growing relationship with Bjarke and his team at BIG,” said Ian Gillespie, Founder, Westbank. “Purchasing the Pavilion was a very natural extension of that partnership and we want to give Bjarke’s creation the most interesting afterlife of any of the previous pavilions.”

That goal has probably been met as this is the first Serpentine Pavilion to enjoy a multi-city tour, not to mention a notable shelf-life extension.

The idea of touring an experience like Unzipped on King West seems like an incredible undertaking, and although it’s being presented as a prelude to KING Toronto – an impressive new residential development by the same Architect and Developer – it’s actually kind of awesome that they are going to the expense in including a true art and design experience into their marketing and promotional plans. 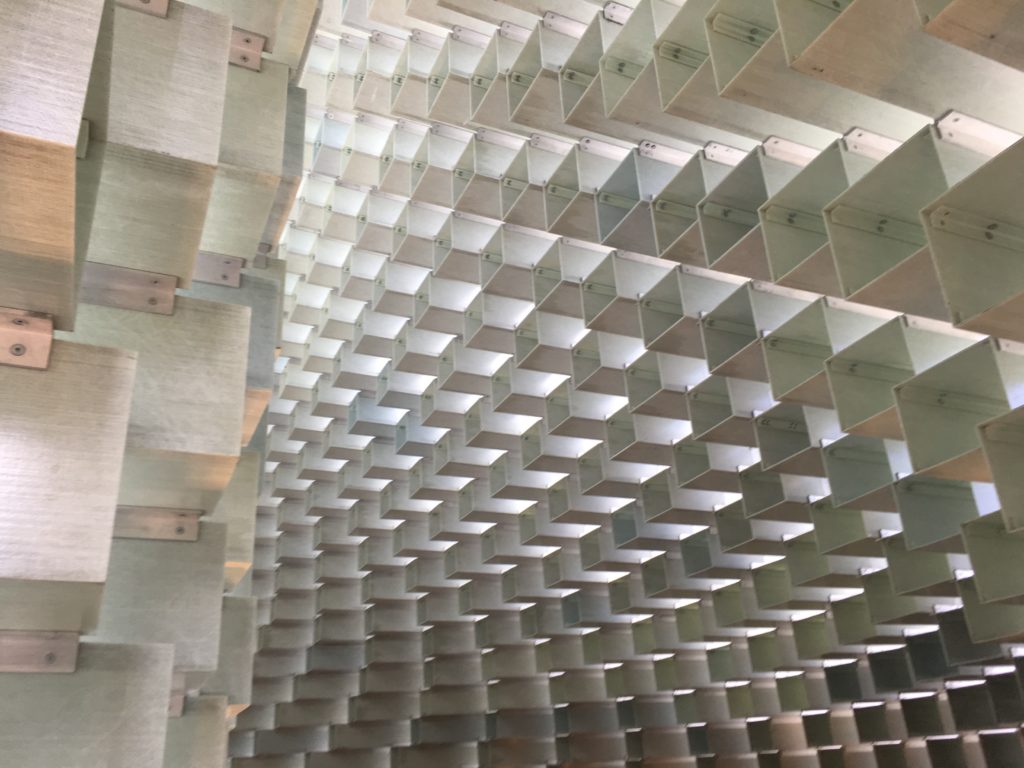 It’s nice when companies really try. That’s probably the best takeaway from a project like Unzipped – we have to live among and even in the creations of these development companies and for a long time architecture in Toronto has been less than inspiring – with some amazing designs being rejected by the city for being “too iconic”. So as designers in Toronto we genuinely love seeing icons come to life around the city, it inspires us. When Toronto grows we all grow. It’s more than a good time that we get out of the headspace that we need to be a film set before we need to be true to our own identity and creativity as a city.